Why The Law of Attraction Often Fails & Compassion Never Does

Do you know how to rewrite the script? Would you like to learn how?

It would be nice if the “secret” really worked in a reliable way. Ask, Believe, Receive. Shabam. Presto. The universe is at your feet. (Well, maybe this would be nice, depending on who would be using the secret for what ends…)

In 2002, I started writing a book I called My Magic Book. It was a manifestation journal containing instructions on how to manifest things, and then providing the space to write down that which you wanted to manifest. The idea was that everything you write down in this journal would come to pass… as long as you followed the instructions. I never completed that book, and I am happy that I didn’t. It reflected what I knew about manifestation at the time – which arguably was quite a bit by normal standards – but what I knew then, what many people today are still selling as the ultimate answer to the catrillion dollar question, this knowledge was partially correct, but not entirely correct. And even in its correctness in some ways it was misguided.

Don’t get me wrong. I actually did have a manifestation journal in which everything I wrote down did in fact come to pass. And I mean everything. From catching the attention of and dating the most attractive woman in my grad school program to manifesting a beautiful 2 bedroom apartment in Mexico City that had every single detailed criteria I wrote down, including a standing swivel mirror in the bedroom. I mean those mirrors are about 1 in a million. To manifest the apartment in every detail including the mirror was pretty mind blowing. I must have been on to something. Some of these Law of Attraction folks manifesting their visions and desires must be on to something too.

But what about all the times it doesn’t work? Are all those people just doing it wrong? And, aren’t there a ton of people out there who get what they are trying to manifest sometimes and not other times – they are applying the same technique but getting inconsistent results. What about them?

Diehard believers will, of course, find a way to explain away the data points that don’t fit without fundamentally challenging their view of the way things work. This is true in every religion, and the Law of Attraction religion and its practitioners are no different than the others in this regard.

The scientific community is of course the same way as well. Has anyone read The Structure of Scientific Revolutions? It seems most of us humans don’t like data points inconsistent with our views, so we dismiss, downplay or otherwise explain away and resist the information that is telling us that what we believe is only partially true, or maybe just not true at all. If we were open to reality whatever it may be, and if we were willing to expand our paradigms in order to accommodate those pesky divergent data points, they would end up being our best friends, pointing us straight towards the Truth.

The Truth has taken a bit of a beating in recent decades, and is rather under-rated these days. All the moral relativists have us believing there is no such thing as right or wrong, left or right. It is ALL a matter of perspective. That is one interesting perspective, of course, but not an accurate statement about the true nature of Reality As It Is. But I digress… Where were we? Solving the world’s problems? Oh yes, getting the dog across the street to stop barking… with our minds. 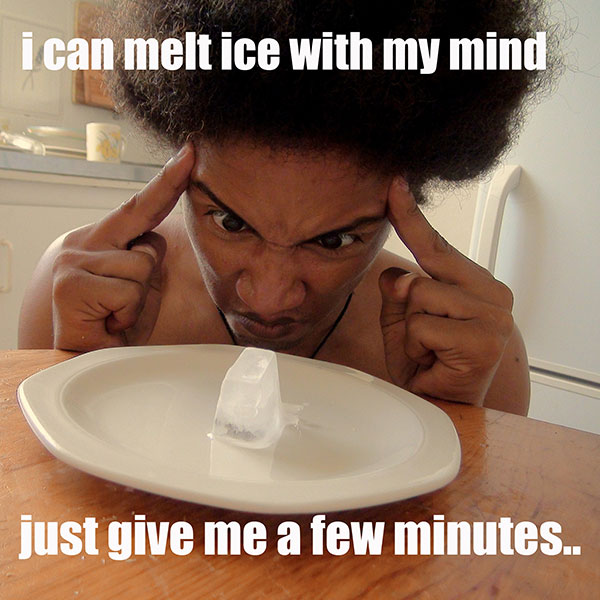 My Thoughts = My Reality? Karma, The Missing Link

What I was onto, what many people today are onto is that our thoughts, our vibration, and things like active creative visualization can and do impact our reality. What many people are missing, however, is that these aren’t the only factors creating our reality; sometimes they are not even the strongest, most important ones.

It’s as if the paradigm of a lot of modern spiritual folk, people into the Law of Attraction, can be represented by one or all of the following equations: 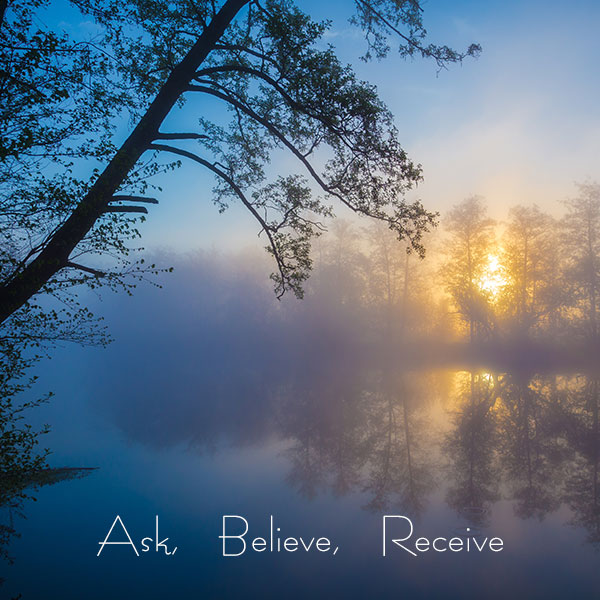 My Thoughts = My Reality

My Thoughts = My Vibration = My Reality

My Creative Visualization = My Thoughts + My Feelings = My Vibration = Reality

What a lot of manifestation people have right is that we are projecting reality onto the movie screen of our lives. Our life is like a movie; our souls are a projector, and the physical reality we live in is the projection. The critical question then is what is on the film that the light passes through, where do the images on the film come from that show up as the reality we are living in our lives? Where does the image of illness and broken relationships come from? Betrayal? Loss of a loved one before their time?

Can we make up our own images, write the script of our own life?

It’s as if a lot of people believe we can just draw an image, place it on the film and this will recreate our reality according to the desired image. Ask, Believe, Receive. Shabam. Presto. The universe is at our feet. 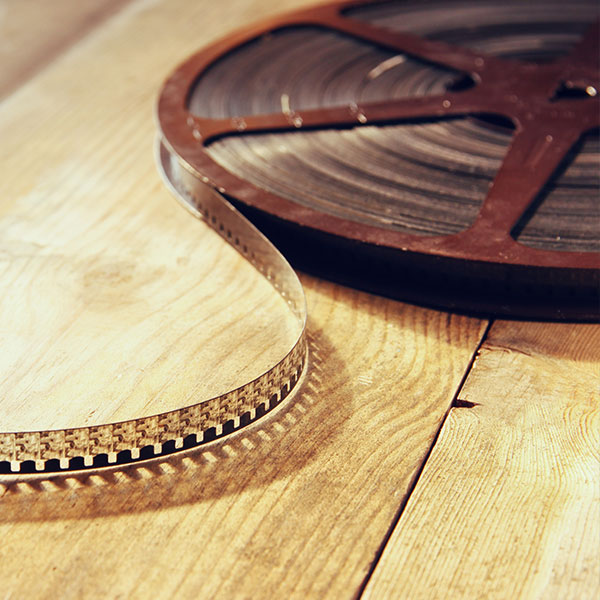 There’s only one teeny tiny little problem with this approach, this theory of self-creation of reality. We are not working with blank film. (Actually, there are other problems too – such as while we are all projecting in our own reality, we are also simultaneously part of everyone elses’ projected realities – but let’s start with the blank film issue for now.)

The reality is that our film is not blank; it is already covered with all sorts of images and imprints, i.e., smothered in our karma, what I often call Karmic Imprints or Our Karmic Code. One can have religious or philosophical debates with regards to where these pre-existing images come from – and perhaps we will have this debate at another time – but regardless of their source, they are there. And, often times these imprints are much stronger than the new imprints we are trying to overlay on the film.

It’s as if we have a poverty imprint etched in stone onto the film, and then we get out a marker and try to write over it with an abundance imprint. We are manifesting abundance, attaching to our refrigerator a check made out to ourselves for $100,000 or $1,000,000; we know if we just are able to believe and receive, then the universe will shower us with riches. The story of our life will change… but for some reason it doesn’t. That reason is the karmic imprint being way more powerful than our little drawing, our creative visualization and efforts to manifest abundance.

More than any single factor (and there are others), pre-existing karma accounts for the fact that sometimes we get and sometimes we don’t get what we are trying to manifest – even when we are properly applying manifestation principles and techniques.

So what can we do about karma?

The good news is there is a reliable, easy to learn technique that is 100% effective in transforming our karma, dissolving out our karmic imprints. It’s a technique I first came across about a decade ago, and I have been going deeper with it ever since. After working with it for years to improve my own life, I started helping others with it in 2009. In 2012, I wrote a book about it,

and last year I started offering online classes on how to use the force of our own compassion as a practical tool that helps us transform our life and the life of humanity.

The Compassion Key, The Holy Grail 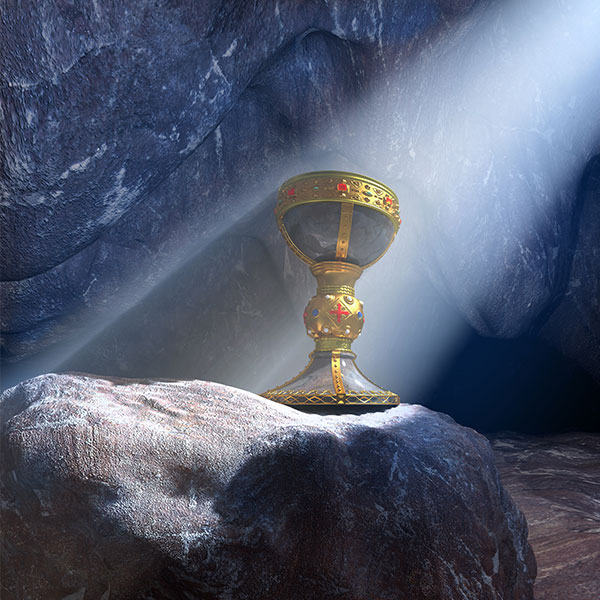 Fittingly enough, though perhaps unexpectedly, compassion is the Holy Grail; harnessed as a practical tool I have come to call The Compassion Key, it is the force that enables us to re-write the script, to transform and rewrite the movie of our lives. Strangely enough in my exploration of Buddhism and Tibetan Buddhism over the years, I have never heard about, read about or been taught to use compassion in this way. Compassion is, of course, central to that religion, but for some reason it seems much of their focus is on a form of generalized compassion, and they have not developed or put into wide circulation this type of practical, compassion-based tool. Law of Attraction practitioners may be excited at the prospect of learning a simple technique that helps us clear unwanted images from the film – Yay! Now we can draw new pictures, we can more easily manifest our visions with the manifestation techniques and principles we have been perfecting for years. While this might be true, after practicing with The Compassion Key you may find that you don’t need to or may not even want to write new images on the film. 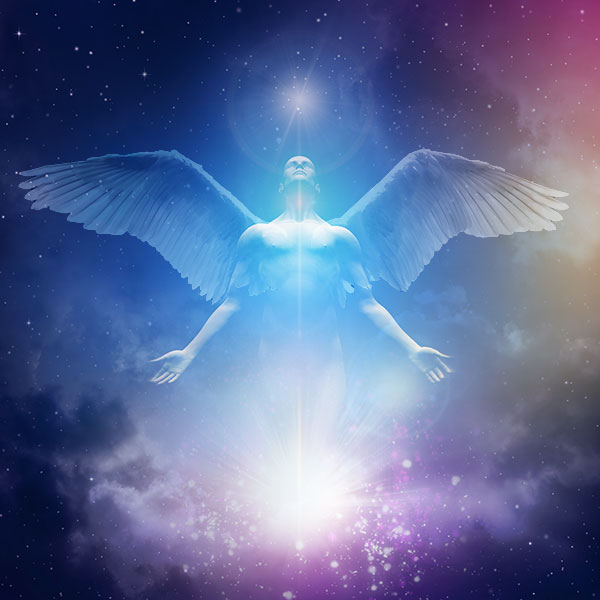 Each one of us has a beautifully awesome, fully unique soul. With no images on the film, our souls can shine through perfectly clearly, projecting onto the movie screen of reality and reflecting back to us its awesomeness/our awesomeness in the form of an awesomely beautiful life. Which is only one of the reasons I mentioned earlier that even with what I knew about manifestation back then, my knowledge and its use was somewhat misguided. The fact that even our best imagined drawings ultimately pale in comparison to the beauty of the unfolding, the unleashing of our souls… this is reason enough perhaps to put down the magic marker for a while, stop drawing pictures and focus instead on clearing our karma with The Compassion Key – opening a bigger and bigger window for our souls to shine through. …